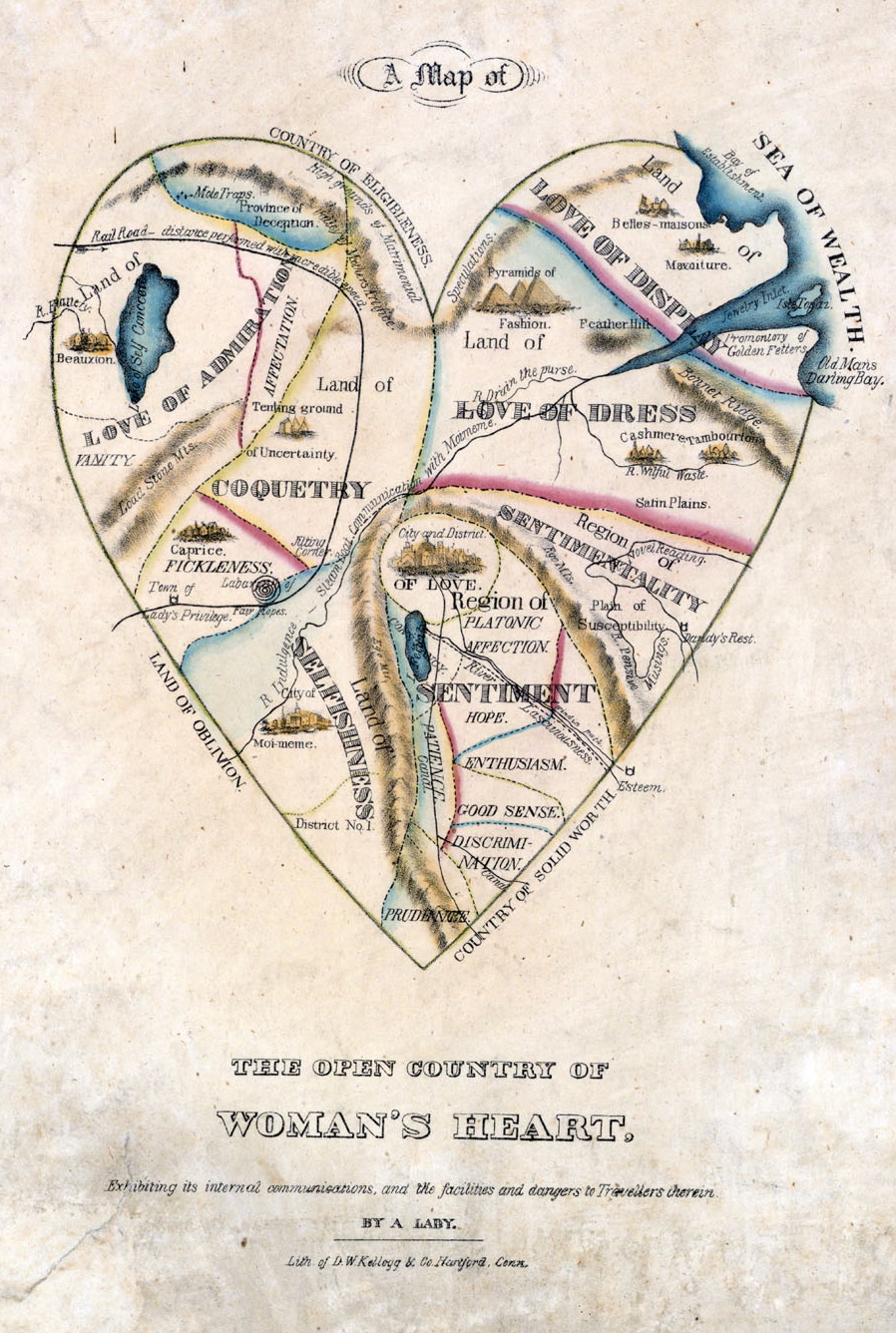 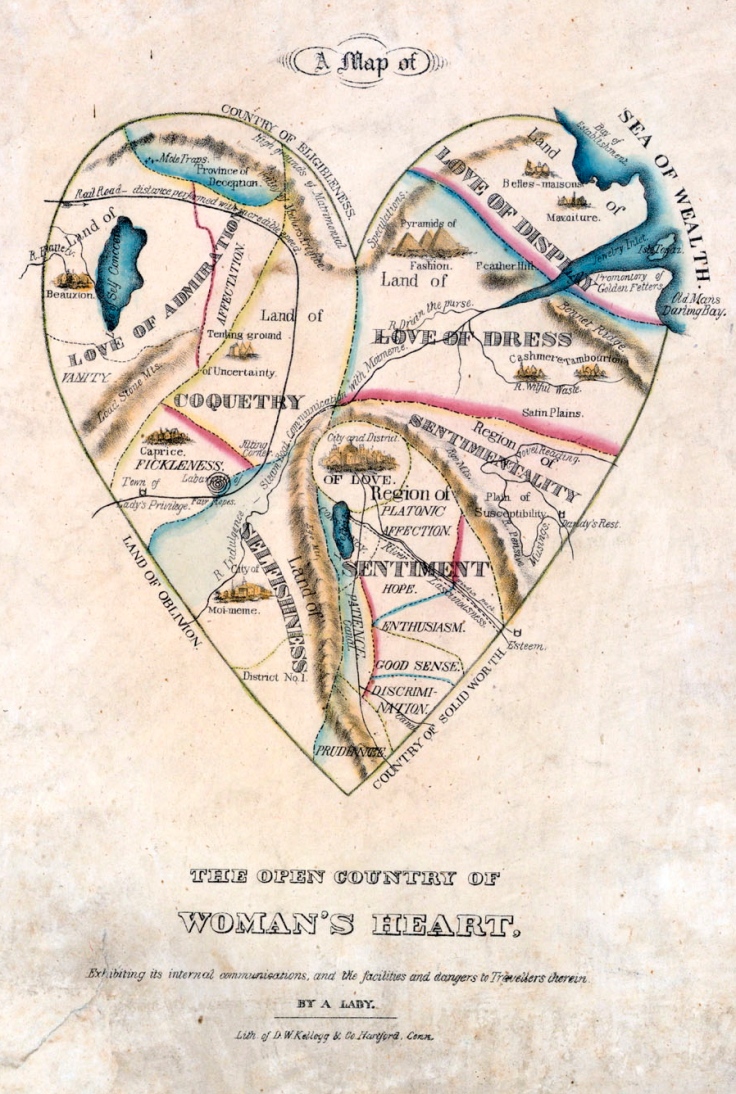 This wonderful print may not immediately evoke images of the destitute and the debauched of Georgian society, but it does afford a brilliant view of some of the contemporary ideas about women, their natures, motivations, and inner desires. Indeed, the state of a woman’s heart – and how she chose to act upon its fancies – was a determining factor in the kind of life she would lead. If the surrender of her chastity followed that of her heart, it was irrecoverable.

In a time when fashionable courtesans were celebrated by society and marriage without affection described by Henry Fielding as “legalised prostitution”, the boundaries between vice and virtue could not always be easily distinguished. Most men of libidinous proclivities assumed that any woman – professed prostitute or not – would be available to them sexually, for the right price.

Perhaps that is hinted at in this ‘map’, where the River of Lasciviousness cuts the region of Sentiment in two. Despite its elegant appearance, the heart is in fact dominated by such undesirable attributes as “Coquetry”, “Love of Dress” and “Selfishness” and “Artifice”.

Is this the heart of a genteel aristocrat, or of a polluted, wanton wench?