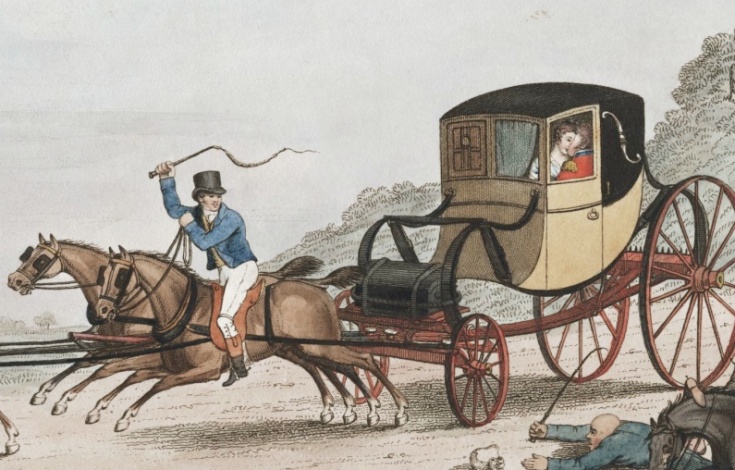 In the late eighteenth century, if you were under the age of 21 then you were generally considered too young to be trusted with your own heart. The Marriage Act of 1753 had decreed that no wedding conducted on English soil would be considered valid unless there was a formal church ceremony, and that all persons below this age were at the mercy of objections from their parents.

The legislation immediately transformed the lands beyond the northern border into a longed-for haven for those determined to wed a minor (or a complete scoundrel). As the first Scottish village on the road from London, Gretna quickly became the go-to place for clandestine weddings.

By the 1790s, however, it seems that persons of quality were growing unwilling to conduct their amorous misdeeds in such humble surroundings. Foresaking the hurried ceremony conducted by an ‘anvil priest’ (couples were stereotypically wed by the local blacksmith), off they trotted to Edinburgh, where even the most scandalous wedding could be conducted in style.

“Fashion has some degree of controul even in clandestine marriages. Graitney [Gretna] suffers considerably by a new wedding-shop lately opened at Edinburgh, to which most of the best matches, from the South, now generally resort, notwithstanding the distance is much greater; and some, even after making matters secure at the former place, drive to the Scotch metropolis, to ‘make assurance doubly sure.”